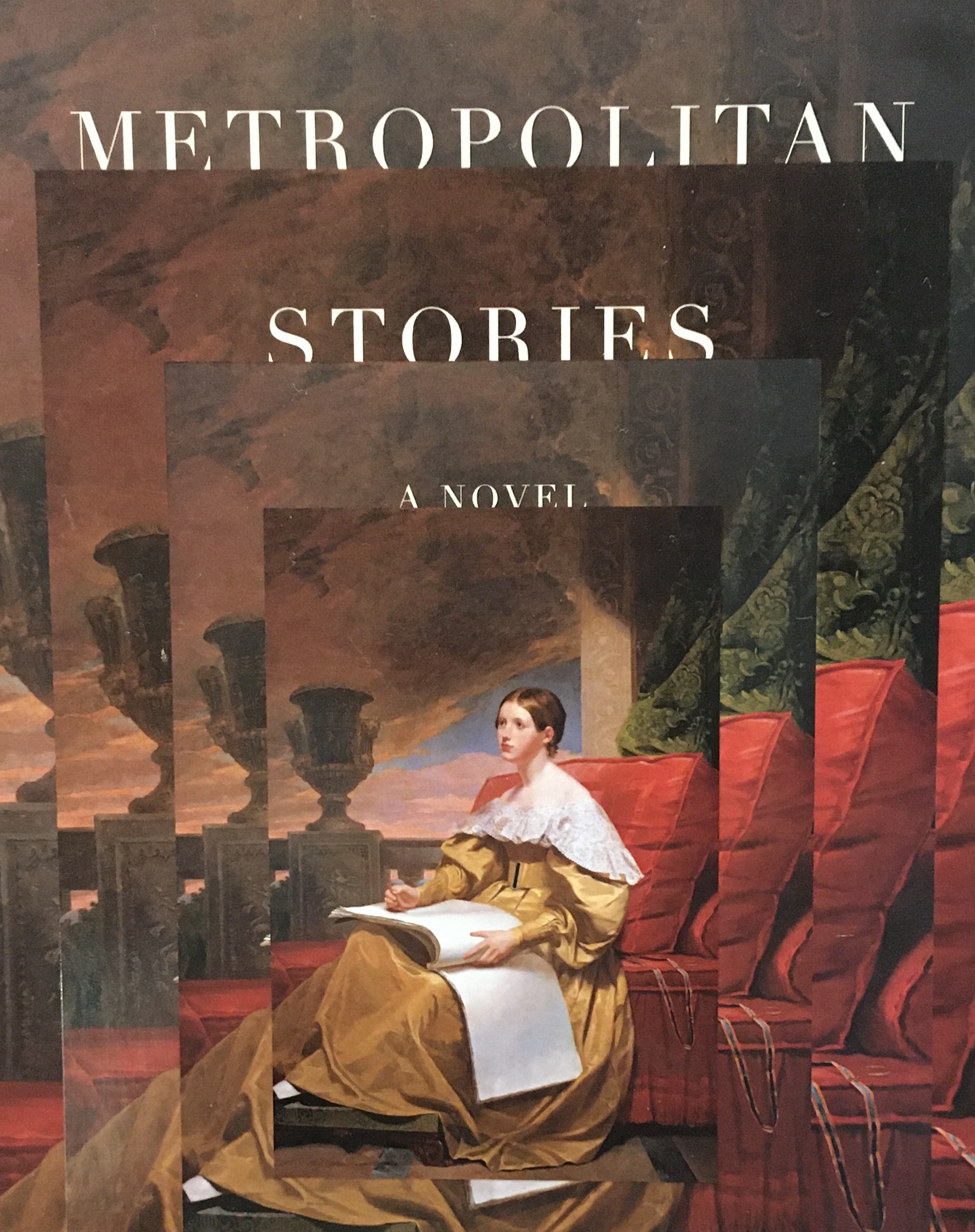 She would walk along that basement corridor for another twenty-six years, each day cut and folded by the belief that just beyond the museum’s worn paths and daily rituals, there lies the possibility of something wholly unimaginable.

In Metropolitan Stories, Christine Coulson’s debut novel, the mighty and the miniscule denizens of New York’s Metropolitan Museum of Art rub shoulders with (or tiptoe past) one another in this collection of vividly realized stories. Coulson is a veteran museum employee and began her career at The Met as a summer intern in 1991. She spent over twenty-five years working in various museum departments until 2019 when she left the museum to write full-time. Metropolitan Stories is the happy result of this shift. Magical realism permeates Coulson’s tale that details an earnest love affair with art and the people who care for it.

Because we did not realize that we needed to be rescued by marble and silk, or canvas and oil paint, or charcoal upon a page, pushing beyond gilded frames and glass cases to reach out and do with us what they will…

In Metropolitan Stories, employees of the museum, from the lowly organizer of the museum shop bags up to the museum director, inhabit the galleries and back-rooms, in service to the objects housed there. As they go about their jobs, sooner or later, they begin to understand the power and magic of the art. They realize that the art knows more, has already lived, that the “objects were there, saw the whole thing, right in front of them.” With “their own dramas, with their delicate fears, their skyscraper egos, and their cracked and broken hearts” the human characters in Coulson’s stories are fleeting foils to the permanence of the art itself.

The distinction between fantasy and reality blurs as artworks literally come alive, a seemingly commonplace occurrence. In a hilarious casting call, hundreds of different renditions of Muses from the museum’s collection audition for the role of “Muse” to the museum director. Later, a marble Adam “dreamt about bending his other knee or running his fingers through his hair. He imagined stretching the cavern of his mouth around the apple he held and hearing its hard crunch.” The various stories are linked by the common setting of The Met which becomes a cavernous, magical behemoth, a complicated character in its own right, full of hidden chambers and doorways to other worlds. The author’s tongue-in-cheek humor shines through in stories as disparate as two guards caught in flagrante delicto in a janitor’s closet to the musings of a fauteuil à la reine who wishes there was a support group for old chairs.

Art lovers will probably enjoy the anthropomorphizing of various works, and anyone who has ever visited The Met will recognize some of its most famous installations (the Temple of Dendur features in several of the stories). Fans of magical realism (think Mohsin Hamid’s Exit West, Colson Whitehead’s The Underground Railroad, G. Willow Wilson’s The Bird King, and classics from Gabriel García Márquez, Haruki Murakami, and Salman Rushdie) will appreciate Coulson’s contribution to the genre.

All-in-all Metropolitan Stories was a fast, fun read with quick flashes of profound insight into the human condition. Art becomes comedian, hero, refuge, and savior, sometimes all at the same time. Mostly, the art endures. The art is “the proof, sticky but silent, hanging on that wall, standing on that pedestal.” Proof of the existence of other people that created, gave, played with, or just gazed at the art. Proof of a line of human connection, experience, and thought more powerful than death. In the end, the art is “proof that anyone was ever there at all.”