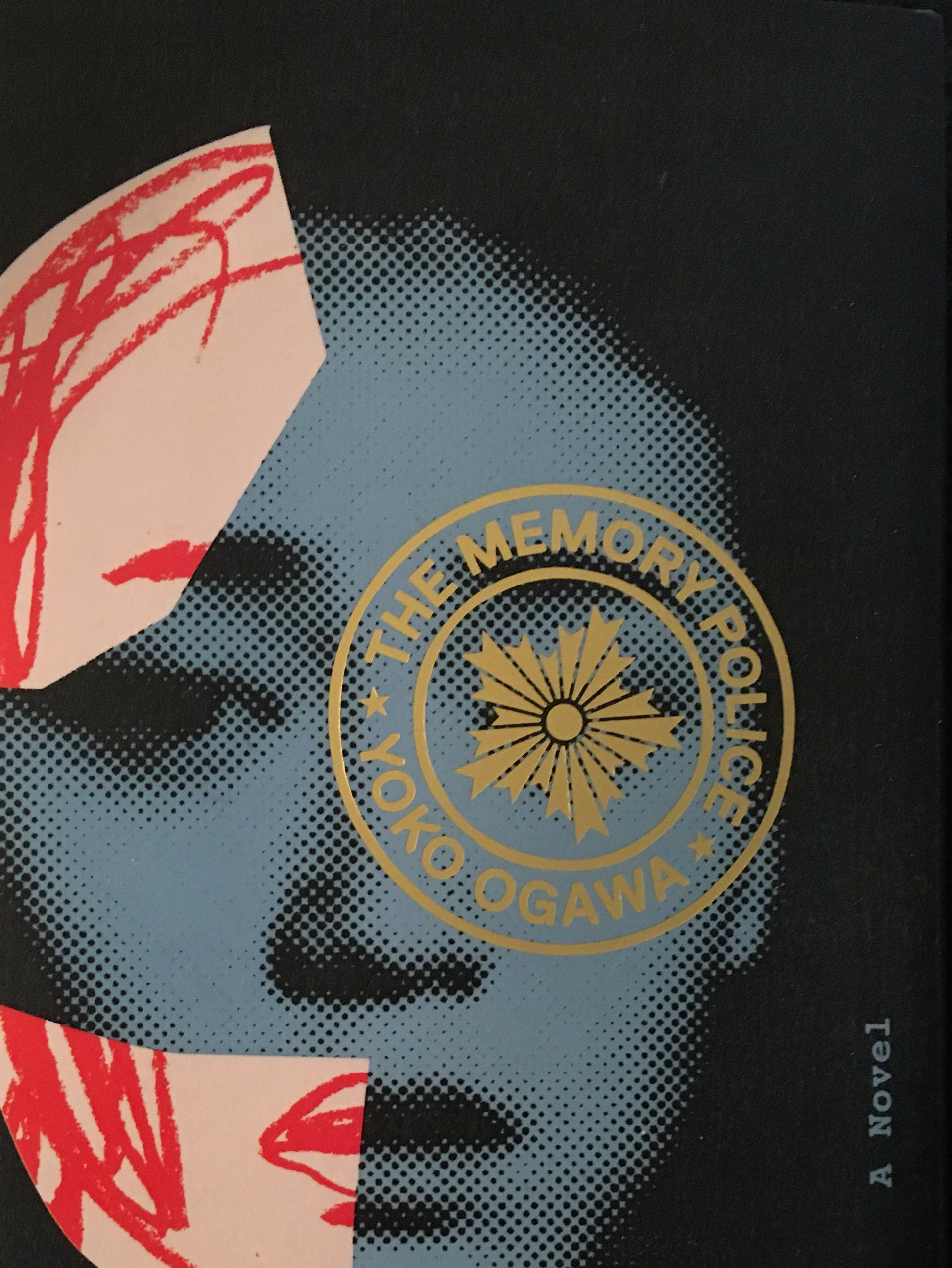 IF roses, all roses, suddenly disappeared, would your memory of them fade away as if they had never existed? This is the premise of Yoko Ogawa’s compelling dystopian novel, The Memory Police. On an unnamed island, ordinary, everyday things periodically disappear. Inhabitants simply awake in the morning feeling “that something has changed from the night before…that something has been disappeared from the island.”

Birds, emeralds, boats, roses, no longer exist on the island. With each disappearance the islanders perform a funeral-like ritual to “gather the remnants up to burn, or bury, or toss into the river,” thereby ridding the island of any trace of an object that could prompt a memory. Those who do remember must conceal the fact from the Memory Police, a mysterious paramilitary force, tasked with enforcing memory loss. Similarities between the Memory Police and the Nazi SS are striking as they periodically sweep the island, searching for anyone who does not forget, bundling them off in canvas-sided trucks to an unknown fate.

The protagonist, an unnamed young woman who writes novels capturing the pathos of the disappearances, discovers that her editor is one who remembers, so she decides to hide him in a space beneath her floorboards. Ogawa was fascinated with Anne Frank’s Diary of a Young Girl as a teenager and the diary’s influence is evident, and in today’s political climate, the themes in Frank’s diary are still very much relevant.

Originally published in 1994, The Memory Police was published in English this year and is a finalist for the 2019 National Book Awards in the Translated Literature category. The translation itself is lovely. Several times I stopped to reread sections because they were so original and unusual. My favorite was a description about holding a heart: “I imagine it fitting perfectly in my palms, soft and slippery, like gelatin that hasn’t quite set. It might wobble at the slightest touch, but I sense I’d need to hold it carefully, so it wouldn’t slip through my fingers. I also imagine the warmth of the thing. It’s usually hidden deep inside, so it’s much warmer than the rest of me.” Ogawa’s prose here has somehow managed to make Jell-O sexy.

And no matter how wonderful the memory, it vanishes if you leave it alone, if no one pays attention to it. They leave no trace, no evidence that they ever existed.

Rich details envelop us and pull us into a strange society where the majority of people forget, and the minority who remember can only stand by helplessly as the world literally disappears from others’ perception. Given its treatment of memory and perception, the novel could very well function as an allegory of the relationships in families affected by Alzheimer’s disease. Perception of reality is examined via the relationship between the novelist and her editor as their viewpoints become increasingly estranged. Have the disappeared items really gone (as most of the islanders experience) or has something unknown, but perhaps reversible, happened to the hearts and minds of the people to wipe away any trace of these items and their attendant memories (as the editor believes)?

The disappearances are beyond our control. They have nothing to do with us. We’re all going to die anyway, someday, so what’s the difference? We simply have to leave things to fate.

The book also serves as a warning against giving up too much control to a totalitarian system. As things continue to vanish, the islanders’ world contracts and they lose mastery of their lives. Apathy reigns throughout. The characters seem to lack the will to really question what is occurring or to stand up to it in any meaningful way. Although originally written twenty-five years ago, the novel’s subtle message condemning state control is apt in our time of increasingly authoritarian leadership.

At times channeling Lois Lowry as well as Ray Bradbury, in The Memory Police Ogawa constructs a believable society consumed with forgetting. Themes of memory, loss, control, perception, and reality thoroughly intertwine giving depth to what would otherwise be a fairly typical dystopian novel. It is a fantastic translation with vivid language that unfolds slowly, leading toward an almost inevitable conclusion, making for a strange yet satisfying read.

The Memory Police by Yoko Ogawa

English translation by Stephen Snyder (2019) from the original Japanese