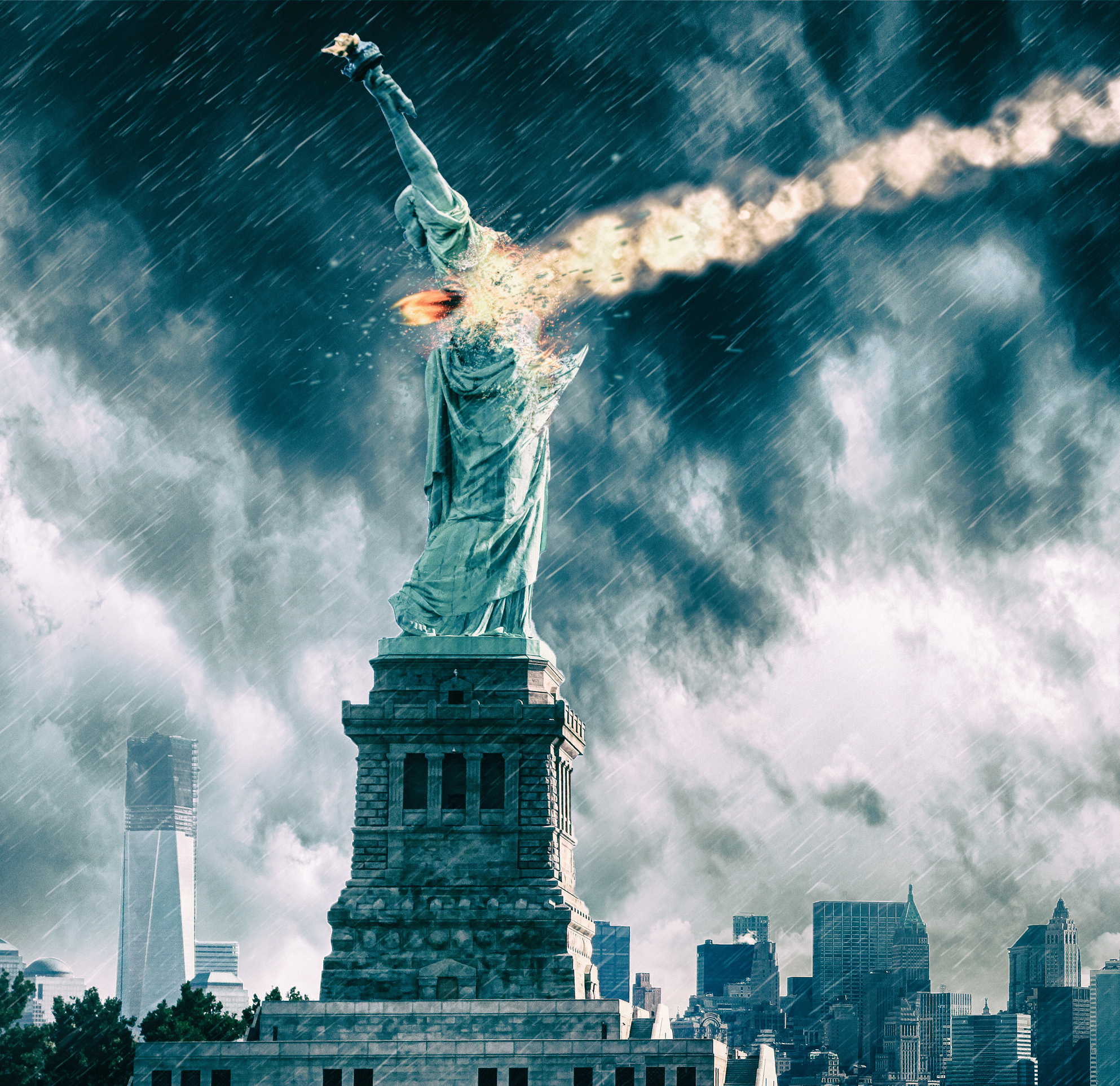 What if I told you that someone walking the earth in present day Manhattan in the year 2200 had no idea there once a place named New York City? Imagine they had no idea of a place called America. What kind of apocalyptic thoughts race through your head? Surely, you could envision doomsday scenarios of how this could happen– just look at the variety of science-fiction movies to get an idea of what this would look like. But, would you believe something like this happened before? And how likely do you think it is that it could happen again?

Dan Carlin, journalist and host of the podcast “Hardcore History”, often takes what he calls a Martian view of history. Others refer to it as Big History. This perspective involves assuming the role of an alien to the human race by watching people interact for longer periods of time than historians customarily analyze an era. His first book, The End is Always Near is more think-piece than assertion, yet the analysis is profound and the assertions he does make will make your hair stand on its end.

The main thrust of the book deals with the progress and regression of civilization over time. While Carlin uses what some would consider questionable markers of civility such as trade or wealth, he also uses some that most historians ignore because they are hard to quantify – basic human decency, access to food, and standards of etiquette in peace and war. Carlin warns that humans today seem to have been conditioned that the world is largely immovable – the political and social norms we have today are more rigid than fluid, and a drastic upending of the systems that run the globalized world are on pretty solid footing. To those in the West, Carlin argues, this is a relatively good thing, and it has led us to believe that the arc of history leads to sustained progress.

If you were to connect various dots in history, however, you would see that there are dips in the progression at many points throughout our past. Carlin separates the book into chapters dealing with the heralded collapses of history and how they would seem utterly unfathomable to the people who lived through them. For instance, the Bronze Age societies in the Near East were thriving for hundreds of years until their collapse ca. 1200-1150 B.C.E. The Assyrian Empire, the inspiration for the introduction to this review, were the power brokers of a region for hundreds of years until, within three years, they had completely been wiped off the map. The fate of the Roman Empire has been considered for hundreds of years, with various stabs at the true cause of decline. Plagues, hunger, and warfare are also covered extensively.

All of these examples are roundabout ways to consider our present day. Despite these obvious lessons from the past, Carlin notes that we are hardwired to “think in terms of continuous improvement and modernization because it broadly reflects how things have been for many centuries. The advent of nuclear weapons has bestowed on humans the capability to reorient the world (or destroy it) in mere minutes, either with direct intended strikes on enemies or with a miscalculation of a rival’s maneuvers. Has our capacity to be citizens of the world and possess these weapons responsibly grown with our increased technology? Or are we the same creatures on a collision course with disaster, once again the victims of our own hubris? On the precarious nature of a world littered with nuclear weapons, Carlin lets his pessimism show by quoting the philosopher Bertrand Russell – “you may reasonably expect a man to walk a tightrope safely for ten minutes; it would be unreasonable to do so without accident for two hundred years.”

To highlight the irrationality of humans, Carlin mentions to the election of 1960 between John Kennedy and Richard Nixon. The Cold War loomed, the geopolitical future was uncertain, and a new world order had formed headed by nations with a variety of nuclear weapons, bombs, and airplanes. Many nations possessed the capability of erasing the existence of entire rival nations. You would think, Carlin writes, that such an election would rest primarily on the capabilities of a leader to handle such responsibility, especially as the United States had the largest arsenal in the world. Yet, he notes, the election seems to have come down to factors that were decidedly non-geopolitical – the personal charisma, likability, and political party of the candidates, for instance – and from an outsider’s view, this would seem a very strange reality. “In a game of geopolitical multideck poker,” Carlin writes, “humans would potentially pick the guy with the best hair?”

As stated in his introduction, Carlin doesn’t really have a thesis but rather a collection of ideas on the vulnerabilities of our social fabrics. Unless we “break patterns of collective behavior that are older than history itself” our descendants may be doomed to wake up not knowing New York City. Although Carlin seems somewhat optimistic in the expanded capabilities and forethought of humans of the present age, he also notes we are only “seventy years into an on-going experiment” with nuclear weapons, and we have not even considered other phenomena, such as climate change, asteroids, viruses, or some other unknown factor of societal collapse. “We assume such a fate won’t be ours,” Carlin closes his chapter on the Assyrians. “But once upon a time, so did they.”

Dan Carlin is the host of the podcast “Hardcore History.” This is his first book.

2 thoughts on “Review: “The End Is Always Near” by Dan Carlin”